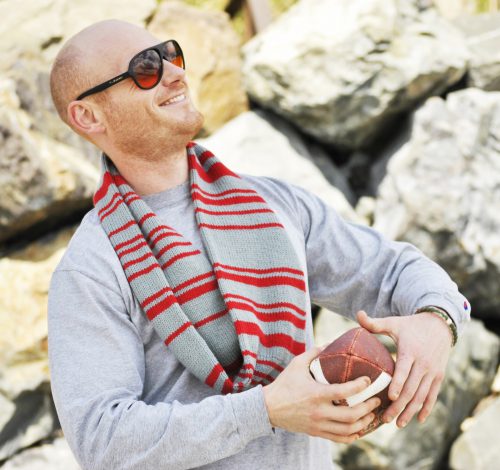 Questions are also monitored daily through the end of the season in the Knit Purl Hunter group on Ravelry.

Optional – one skein of a third color for a visual break between games.

Length around varies with total number of points scored. 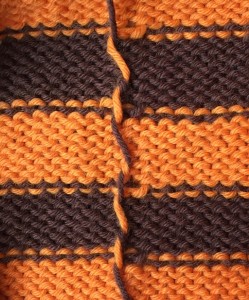 Place marker and join in the round, taking care not to twist the stitches.

Upon completion of first round (as described below), place a Lifeline through the stitches to aid in removal of provisional cast on at end of project. See Lifeline video

The striping sequence is determined by the order of the scores in each game. Knit two rounds in designated color each time a team scores. A score can be a field goal, touchdown (includes extra point), or safety.

Work as above for each game of the season.

The striping sequence is determined by the order and amount of the points scored in each game. Knit one round in designated color every time a team scores a point.

Work rounds based on the points for each game of the season.

If desired, a visual separation between the games of the season can be worked using the optional third color:

Weave in all ends prior to closing tube.

Using the Lifeline as a guide, thread the second circular needle through Round 1 and remove the waste yarn used for the provisional cast on. 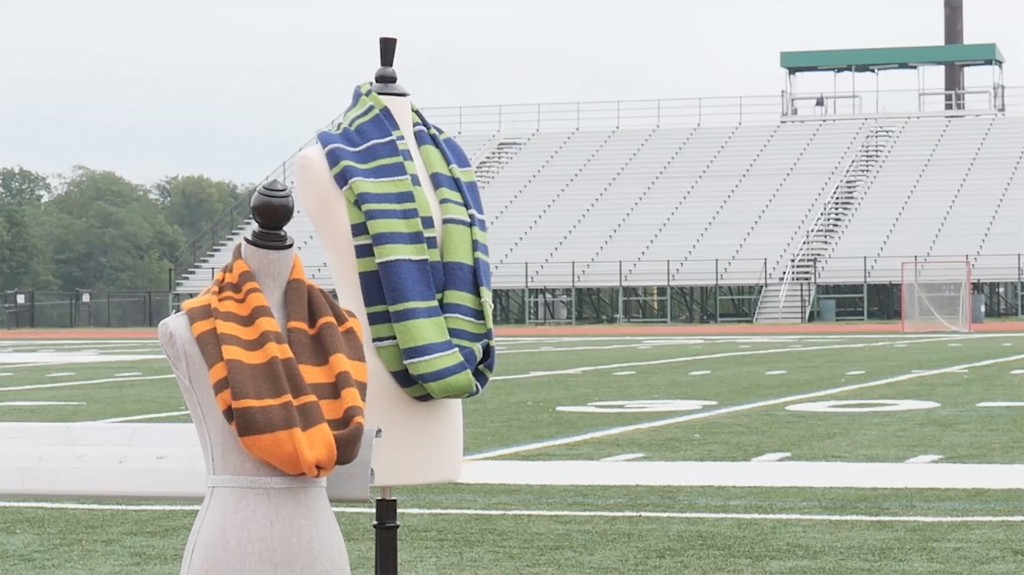 For an overview of the project, watch my Scoreboard KAL video.